With inflation still raging — and the Federal Reserve pledging to do whatever it takes to slow it down — many economists believe that a recession is imminent. Since a recession generally spells bad news for the housing market, what would a full-blown recession mean for home buyers and sellers, who have already seen eight straight months of heightened interest rates and declining home sales?

Is a recession inevitable? 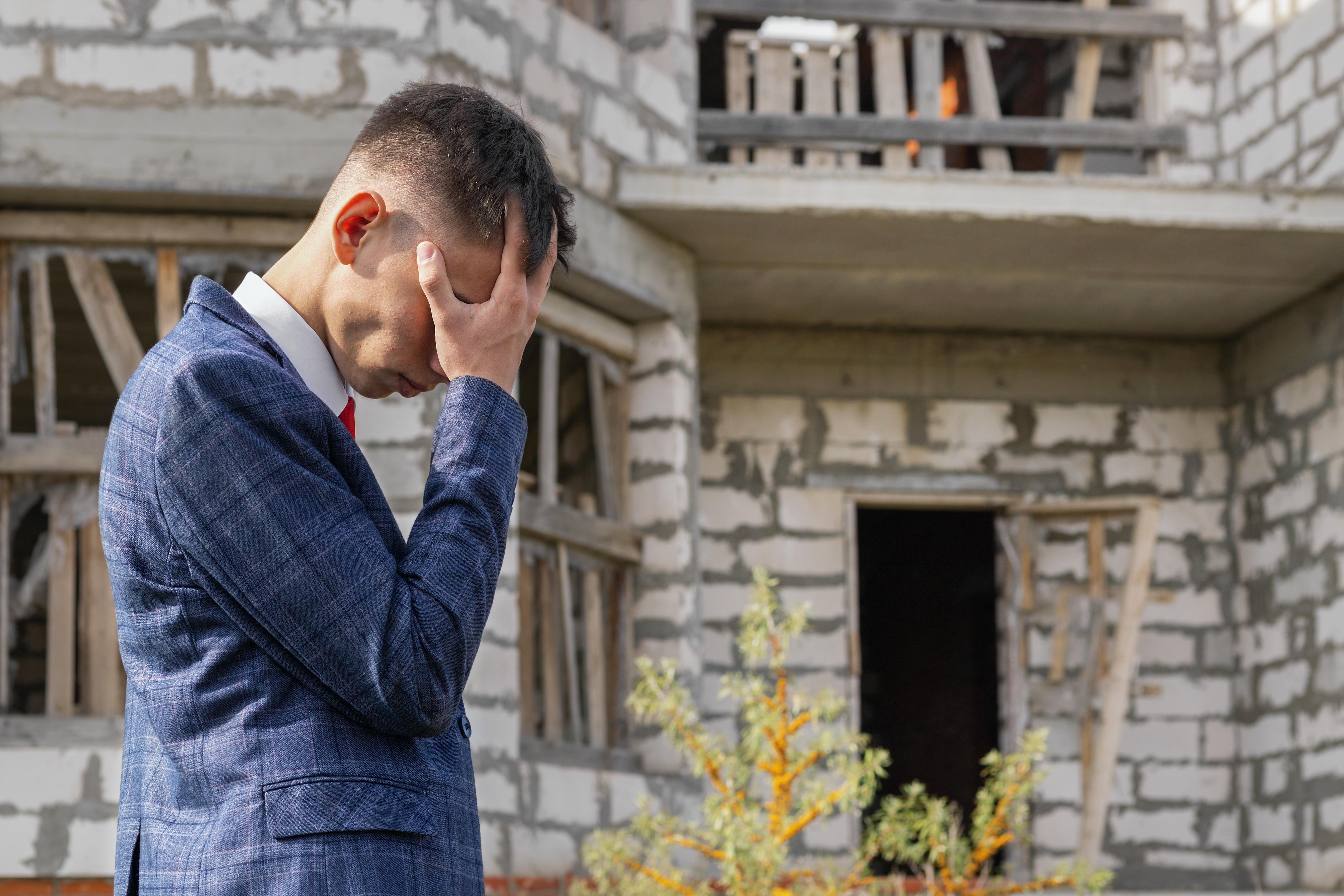 The chances of recession hitting the U.S. in the next 12 months are increasingly likely, with experts putting the odds at 60%.

“It's no secret that the U.S. is due for a recession,'' says Mike Rhoads, president of Rhoads Home Buyers. “The last one occurred over 10 years ago, and economists say that we're long overdue for another one.”

But if we are poised for a recession, the full effects have yet to be realized. Fed rate hikes to slow inflation have had little to no effect. Despite consumer complaints of high prices, spending remains strong. And the hot job market is holding, but showing signs of a slow down.

Recessions generally mean that there are fewer people buying homes, which in turn levels off home prices.

During the Great Recession of 2008, home prices fell by roughly 33%. But in that case, housing itself — particularly the lack of regulation around high-risk mortgage loans — was a major contributor to the recession. Given the much stricter borrowing standards in place today, that kind of drop isn't expected this time around.

“If we look at the last eight recessions, all but one (2008) resulted in housing values moving sideways or up,'' says Mike Hardy, a managing partner at Churchill Mortgage. “The Great Recession was a ‘housing-caused’ recession due to dramatic oversupply, lack of demand, horrible lending practices, and poor regulatory oversight.”

“This economic climate is very different,” Hardy continues, “with an undersupply of housing, significant population increase and housing need, and conservative lending practices.”

After a huge run-up in prices during the pandemic housing boom, home prices have begun to come down again in some parts of the country.

“Seattle, for example, has seen home prices decline for four consecutive months — the longest streak of declines since the Great Recession,” says Rhoads.

However, most analysts attribute the price decline to a lack of affordability brought on by rising interest rates.

A recession will bring mortgage rates down

If potential buyers are antsy about rising interest rates, a recession will likely stop the upward climb.

“When mortgage rates are in the 7’s, studies show that only about 10% of eligible buyers (those who can afford to buy) are willing to buy and take a mortgage with that rate,” says Geoff Parker, who runs www.HMOsales.com. “Recessions are deflationary by nature because of the demand destruction. This will also cause mortgage rates to come down.”

A sad side effect of a recession is that people will lose their jobs, causing the number of foreclosures to increase and available housing inventory to rise.

“Inventory will rise temporarily,'' says Shri Ganeshram, CEO and Founder of awning.com. “However, we are likely to see a high degree of conversions to short-term and long-term rentals by owners who can afford for the recession to pass before selling. This will put pressure on rents and Airbnbs, but only temporarily since there is a great deal of pent-up demand for both.”

Julian Schwertz of eXP Realty has another perspective.

“Inventory will remain below pre-pandemic levels as homeowners choose to stay put. Roughly 85% of homeowners with a mortgage have an interest rate below 4%, and they are NOT going to trade their amazing rate for these high rates we haven’t seen in over 20 years,” he says.

As Ganeshram says, a recession will increase the popularity of rentals and Airbnbs, increasing the cost of both.

“Rent prices are falling but will stabilize during the recession,” Graneshram says. “We likely won’t see major declines as landlords are able to hold prices and large institutional buyers are more likely to hold a property for appreciation with the cash flow of a rental as an added bonus.”

"Rent prices will rise at a faster pace as prospective homebuyers exit the purchase market and move into the rental market,” says Schwertz.

Nobody knows if or when a recession will hit. But there are ways that homeowners, home sellers, and investors alike can prepare — and even profit — during an economic turndown.

The seller's market has cooled considerably. If you want to sell, you’ll need to move quickly. Your pool of possible buyers is decreasing as the cost of borrowing money increases. And you should expect to offer some concessions to unload your property.

”Homes won’t sell quickly unless they are underpriced," Ganeshram says, “and buyers will be leveraging their negotiating power with lower offers and better terms.”

The good news (sort of) is that you don’t need to spend a ton on renovations with the hope of increasing your sales price during a recession. Buyers won't be able to swing higher prices regardless.

“Home sellers haven't got much of a choice, they can only sell if there is a buyer waiting,” says Parker. “What can they do to make their house more attractive if there is not a buyer?”

Between foreclosures and market corrections that a recession brings, home prices will come down, and deals will be available, Rhoads says.

Buyers will have the opportunity to negotiate their price and their terms for a change.

“They can go home after viewing a few homes and actually think about it over the weekend without being pressured to submit an offer by the end of the day,” says Julian Schwertz.

But be realistic about what you can afford during a downturn.

"I bought a house at the bottom of the last recession, it was half-price from the high,” says Gunner Davis, a Florida real estate agent. “I had saved enough cash to make that a possibility. So the lesson here is to have enough liquidity to survive major lack of income. The people who got in trouble last time and lost houses did not have enough cash reserves to go a month without income, let alone several months or years without income. Even a small pullback in earnings puts people into a crisis.”

If you decide to purchase a property, you'll want enough cash for a large down payment to avoid high mortgage interest.

“This is why buyers and investors should prepare themselves to jump into the market during recessions,'' Davis says.

Davis suggests the right way to prepare is to start saving up money and maintaining a good credit score. That way, high interest rates won’t be as much of a concern because the more down payment you can make, the less money you have to borrow. And a good credit score qualifies you for a better mortgage rate.

Also, keep in mind that you may not be able to flip your property quickly.

“In many markets, investors are opting out of time-consuming rehabs,” says Rhoads. “Without knowing where the market/interest rates are headed, many believe they could end up underwater by the end of the rehab.”

Invest in rentals versus single-family homes. As you're waiting for the economy to reverse, a recession is a good time to become a landlord. As mentioned, rental units will be more in demand, increasing rental rates.

“If anyone has ever made a fortune timing the real estate market, they are a very modest person because I’ve never heard of them,” says Schwertz .“I think both buyers and sellers will have great opportunities knowing that those who are active in a challenging market are likely going to be more serious than the tire kickers and market testers when the market is strong.”

Due diligence is key when it comes to taking advantage of any of these opportunities, says Rhoads. “Make sure you thoroughly research any property before making an offer.

And it’s always smart to consult a real estate agent, as they can help you better to understand market trends and insights."

He adds: “With that said, if you do your homework and play your cards right, a recession can be a great time to invest in real estate."