With interest rates hovering around 7%, some real estate insiders are calling on mortgage companies to intervene on behalf of home buyers to make home loans more affordable.

So, why isn't it happening?

How we got here

After years of extra-low interest rates and hot competition in the housing market, home prices and inflation reached a peak in the spring of 2022.

Since then, the Federal Reserve has tried to rein in inflation by raising interest rates, causing mortgage costs to reach a 20-year high. That, in turn, has sidelined many buyers who can no longer afford a mortgage.

“This may be the worst time in my living history for the home buyer,” said Moody's Analytics chief economist Mark Zandi in a recent New York Times article.

It’s not so good for sellers either, many of whom will presumably need to buy another place to live after unloading their current home. Roughly 85% of current mortgage holders have a rate of less than 5% — and many recent buyers are at 2.5 to 3.5%.

It would take a lot to tempt someone to give up their historically low interest rate to upgrade to a home that will now cost them nearly 7% in annual interest.

All of these ideas could offer meaningful savings for buyers at a time when both prices and interest rates are pushing affordability to the brink — but do they actually hold water?

How could lenders help?

A loan assumption is when a home buyer takes over the existing mortgage on the house they’re buying instead of applying for a new one. A buyer could save a lot of money if that mortgage is below market interest rates.

Assuming a seller's mortgage used to be a common way to buy a house. However, “assumable mortgages were actually phased out during a similar period of high interest rates in the 1980s,” says Martin Orefice, CEO of Rent To Own Labs. “People were passing around existing, low-interest mortgages for years instead of getting new ones at higher rates, so lenders cut back on assumability to drive more business.”

While loan assumptions are technically still possible with VA and other government-backed loans, they come with a lot of red tape. Most conventional loan contracts now contain a "due on sale" clause requiring sellers to pay off their mortgage in full as soon as a property sells. With few exceptions, each new buyer must come up with their own funding source to purchase a home.

To make assumable loans more widely available, lenders would need to relax current regulations requiring repayment on sale. However, lending institutions lack the incentive — especially given the fees they're able to charge when a buyer applies for a new home loan.

“Legislation mandating assumptions would be a big, broad step that would force lenders to find a new path to profitability in an environment with loan assumptions being the norm,” says Ben Davis of Northstar Mortgages.

Without widespread public or legislative pressure, lenders may not be likely to reopen the door to assumable loans anytime soon.

An adjustable-rate mortgage (ARM) offers borrowers a lower initial interest rate — usually about 0.5 to 1% less than the conventional fixed-rate — that then fluctuates with the market once the introductory interest rate period is over.

Generally, the shorter the initial rate term, the lower the initial interest rate — meaning you might only get three to five years of a slight discount before paying a variable rate that can be as much as 5 percentage points higher than the original.

Unless you intend to move within a few years of buying, the initial interest savings may not be worth it. 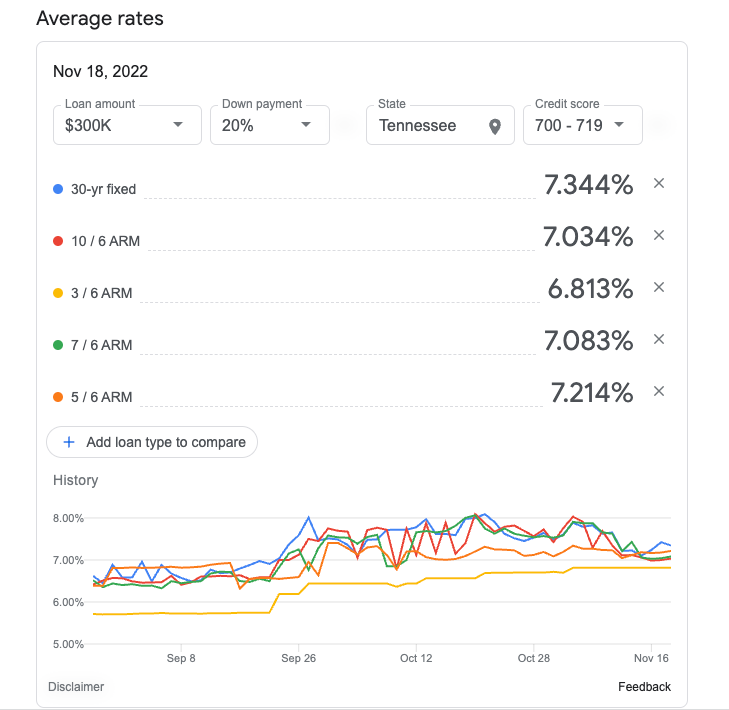 In his op-ed, Palmquist notes that "most lenders are slow to offer 7- or 10-year ARMs at any meaningful savings when this is exactly the time for these products to be rolled out."

Alternatively, “lenders could certainly offer lower upfront rates for adjustable rate mortgages, but it may not be likely with the volatility and uncertainty around interest rates right now,” says Josh Steppling, a broker associate with Treasure Coast MLS Search. “While some buyers may take advantage of the initial lower interest rate, most will plan to sell or refinance before they have to pay an increased adjustable rate.”

This brings us to our next point.

As an alternative to an ARM loan, an interest rate buydown allows a borrower to get a lower interest rate on a conventional mortgage by paying discount points (also called mortgage points or prepaid interest points) at closing as a one-time fee paid upfront. That lower rate could last for as little as one or two years or the loan's entire life.

With a steep drop in buyer demand, many lenders are currently offering rate buydowns to entice borrowers back to the deal table — with the assurance that they can refinance later if rates go back down.

The problem is that refinancing generally comes at a steep cost. In fact, Freddie Mac estimates the closing fees on a refinance to be about $5,000.

“Lenders can offer relief in the form of interest rate buydowns, which have been around for decades,” says Tony Mariotti, CEO and founder of RubyHome, a West Coast luxury real estate brokerage.

“But the math of a buydown is still tied to today's market rate,'' Mariotti continues. “It just pays the lender's origination fee upfront and can only reduce the note rate a small amount.”

To make a more meaningful dent in a buyer's bottom line, lenders could lessen or even waive the typical costs associated with refinancing at the end of an introductory interest rate period.

The problem is that lenders, too, are struggling to stay afloat in the current market.

Is it feasible for lenders to offer interest rate relief to borrowers?

“These solutions are effectively asking mortgage lenders to leave money on the table at a time when many of them are looking at serious layoffs due to the lack of new mortgages,” says Orefice. “While they would be great for borrowers, lenders have little incentive to offer these options.”

“In order to remain competitive, lenders have offered increasingly aggressive rate-matching and buydown programs,” says Boyd Rudy, a real estate agent for Dwellings Michigan. “However, these programs are only temporary solutions that do not address the underlying problem.”

He says that the pool of potential borrowers with good credit is shrinking, making it difficult for lenders to find qualified applicants. As a result, lenders see fewer opportunities to generate revenue from new borrowers.

“Fannie Mae, Freddie Mac, and Ginnie Mae expect loans to be delivered within a specific range of rates. Lenders cannot deviate from that without charging big fees to buyers. Buyers don't want that.”

Is mortgage rate relief in sight?

“The Fed has already announced that they foresee rate hikes into next year,'' says Ruth Shin, founder and CEO of PropertyNest. “We should see rates easing by the end of 2023, but the rates won’t be anywhere as low at that time as they were in 2020-2021.”

“While it is impossible to say for certain what will happen to mortgage rates in the coming year, there are a few potential scenarios that could play out,” Rudy says. “If the economy weakens as many experts are predicting, rates could fall in an effort to stimulate borrowing and boost economic activity. However, if the recession is relatively mild, rates may not change much at all.”