With mortgage rates higher than they've been in 15 years, home buyers' budgets aren't stretching nearly as far as they used to. A new Redfin report shows that the typical home affordable on a $3,000 monthly budget has shrunk by more than 100 square feet compared to a year ago when rates hovered at 3%.

Buyers aren't just sacrificing space, either. They're also compromising on location and, in many cases, the type of property they can afford — whether it's a single-family home with a yard or a condo with a small balcony.

In South Florida, real estate advisor Klaus Gonche notes, "buyers are having to broaden their search area, adjust their list of needs and possibly the style of home." With interest rates pricing buyers out of desirable properties, his team has seen home sales drop 24% in a single month.

Compounding the problem is that home prices remain unexpectedly high, even despite the drop off in buyer demand. While median home values in many markets have fallen from their springtime peaks, sale prices are still higher than they were a year ago across most of the U.S. The overall effect is that buyers are paying a lot more money for a lot less house.

"Buyers are essentially burned out and disenchanted," says Cleveland-based realtor Lisa Cole. "Having been through two years of a very heated sellers' market where multiple offers, appraisal gap coverages, and waiving inspections was the norm, the last thing in the world they wanted to see was interest rates doubling. Now they can't even afford the houses they were missing out on and are having to downsize their expectations and amenities in the homes they are looking for."

To get a sense of just how much recent interest rate hikes have affected buyers' home searches, we calculated the monthly mortgage payment on a median-priced home listed today vs. last September in different housing markets across the country. We also examined how much a buyer would need to trim off their max budget to keep the same monthly payment they might have gotten a year ago, given the difference in borrowing costs.

To provide an example of what type of home a $3,642 budget could get you in Austin today compared to a year ago, we took a quick look on Zillow.

Last September, this former model home was listed at $595,000 — just slightly more than the metro area median — in the highly desirable Brushy Creek community of Cedar Park, one of Austin's most desirable suburbs. It features 1.5 stories, three bedrooms, 2.5 bathrooms, and 2,466 square feet on a .25 acre lot. 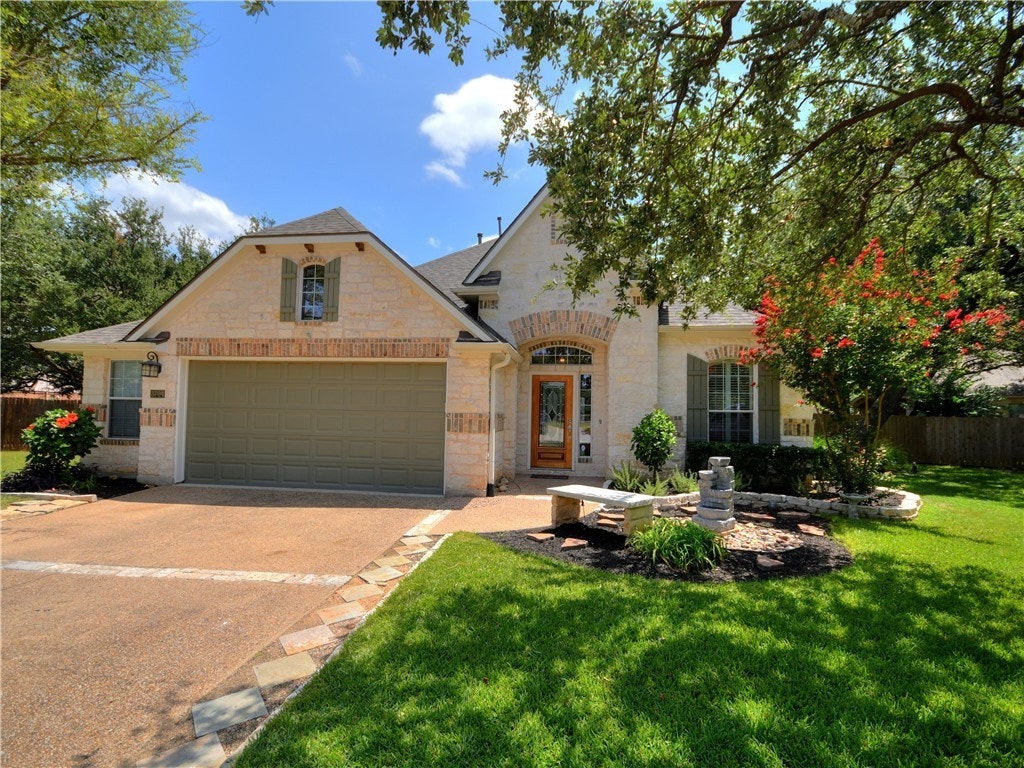 While that home would have cost you a little over $3,660 per month last September, factoring in today's interest rate and estimated appreciation, the monthly mortgage would now be about $4,791. 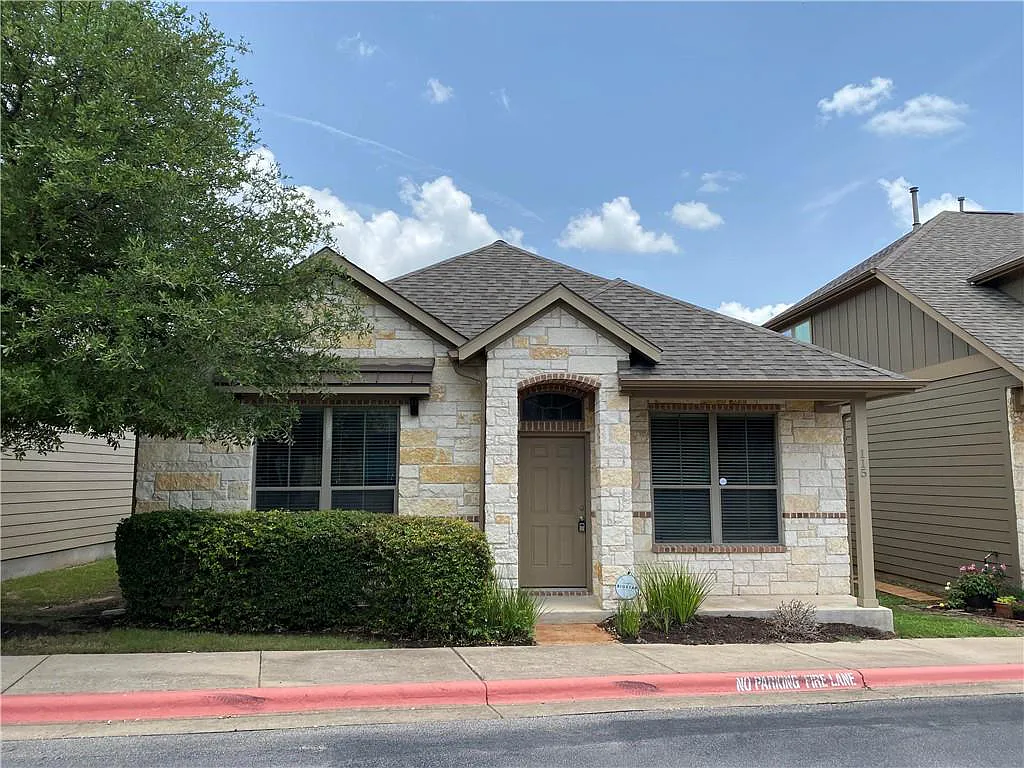 In Chicago, where home prices have remained relatively flat over the past year, the median home price last September was $327,000, putting the typical monthly payment at about $1,756.

For that budget, you could find a renovated 2-bedroom, 2-bath condo in a trendy neighborhood like Andersonville or a larger (1,500 to 1,800 square feet) 3-bedroom, 2-bath unit in a family-friendly area like Hyde Park.

To stick to a $1,756 monthly budget, you'd need to get a home priced at about $248,000. In the Hyde Park neighborhood, that will land you a smaller unit in a much older building. In Andersonville, you're looking at an 800- to 1,100-square-foot condo with one to two bedrooms and a single bath.

"Due to the rising rates," says real estate investor Jon Sanborn, "buyers are having to compromise on aspects such as the size of the property, neighborhood, and even safety in some cases."

It's not just first-time buyers who are feeling the squeeze

Homeowners also find themselves in a bind. About 85% of current mortgage holders are locked into a lower interest rate than they might find on the market today. Despite sitting on record amounts of equity after home values skyrocketed 43% during the pandemic, many are reluctant to sell if it would mean taking on a higher monthly payment.

Gene Darden, who runs a real estate team operating in Alabama, Colorado, and Florida, estimates that buyer traffic is down about 50% overall. "The buyers that were previously able to go from home to home or get much larger homes due to the low interest rates are gone."

Toronto area real estate broker Cynthia Hu notices a similar trend. "A lot of the families that I’ve been working within this market all have similar desires and fears – they’re running out of space but with rising interest rates, won’t be able to move up."

Nashville, a popular "upsizing" destination during the pandemic, has seen home prices appreciate 15% over the past year. In September 2021, the area's median home price stood at $380,000. Today, a typical home in Nashville costs about $445,000.

To stick to the same monthly payment typical home buyers had a year ago, you'd need to drop your budget to about $278,000.

"Last year this time, rates were around 2.75%," says Cassie Alongi, a real estate broker in Palm Desert, CA. "But an average home was around $350k for a small 3 bed, 2 bath. That payment with taxes and insurance would have been $1,611." Today, she says, "there's nothing in that monthly price range. Sellers are still pricing high."

Yet, there are signs that the market may shift back toward buyers. For example, the latest realtor.com data shows that homes are sitting on the market an average of seven days longer than a year ago. And nearly one in five home sellers dropped their asking prices last month.

Opportunities for buyers willing to downsize

"While home buyers are getting hit by the increase in rates, there is hope as many home prices have started to cool — allowing buyers to have more negotiating power over sellers," says realtor and author Jason Gelios. "Last year it was practically impossible for homebuyers to get sellers to offer things like seller credits. These days it’s becoming more common."

"Serious buyers are still stepping up to the plate," says Massachusetts realtor AJ Pappas, even though they have to adjust expectations and compromise on location and amenities. "Agents are still asking for appraisal gap waivers and financing contingency waivers as if it were 2021, but they are not getting it. I feel like the market has gone more neutral and the rates have made it impossible for some buyers to buy but not all."

There are deals out there, says Brikelle Corcoran, a realtor who works with active military buyers and sellers in Yuma, Arizona.

"Several of my local lenders have a temporary buy-down program that allows buyers to buy down their rate temporarily by 2%, which lowers their monthly payment, she says. "Sellers are also now willing to contribute thousands of dollars in concessions, which allows buyers to buy down their interest rate as well as have their closing costs covered by the seller. If the negotiation is done well, buyers can purchase a property with very minimal out of pocket today vs. a year ago when buyers had to pay thousands of dollars in closing costs, home warranties, non-refundable earnest money, waiving inspections, etc."

Corcoran estimates that, with about a $2,000 budget, VA buyers today will most likely qualify for a loan amount of $280,000 vs. $380,000 a year ago. "There are plenty of great homes in that price range that are three to four bedrooms and between 1,000 and 1,900 square feet," she says. "They would be sacrificing the luxury of a pool though, which is what a lot of people in Yuma want because of our hot summers."

Still, the alternative for many buyers is renting, and as Corcoran notes, " the interest rate on rent payment is ALWAYS 100%."

"Those who are still interested in buying are faced with the reality of being able to afford much less home than they could have six months ago," says real estate broker Will Wheaton. "Some are being forced to look at areas that are further out of town and some are choosing to rent until rates come back down. All that said, for some it is a great time to purchase the home that they likely would have been outbid for just a year ago with a plan to refinance it as soon as rates get better."

Other realtors, like Pappas and Corcoran, are also encouraging their buyers to take advantage of buydowns and get in while competition is low with a plan to refinance later.

"If there’s anything that history has taught us, it’s that as long as you approach real estate with a long-term mindset you’re going to be OK because of appreciation," says Alongi.

Over the past 50 years, home prices have appreciated at an impressively consistent rate — far outpacing inflation.

"It really depends on how long they intend to hold on to the property," says Corcoran. "If it’s less than two years, renting may be the better option. However, if you intend to hold on to the property for three to four-plus years, buying is the smarter choice. Home values will continue to appreciate at a much slower pace, and if interest rates drop in the future, you can refinance and get the lower rate."