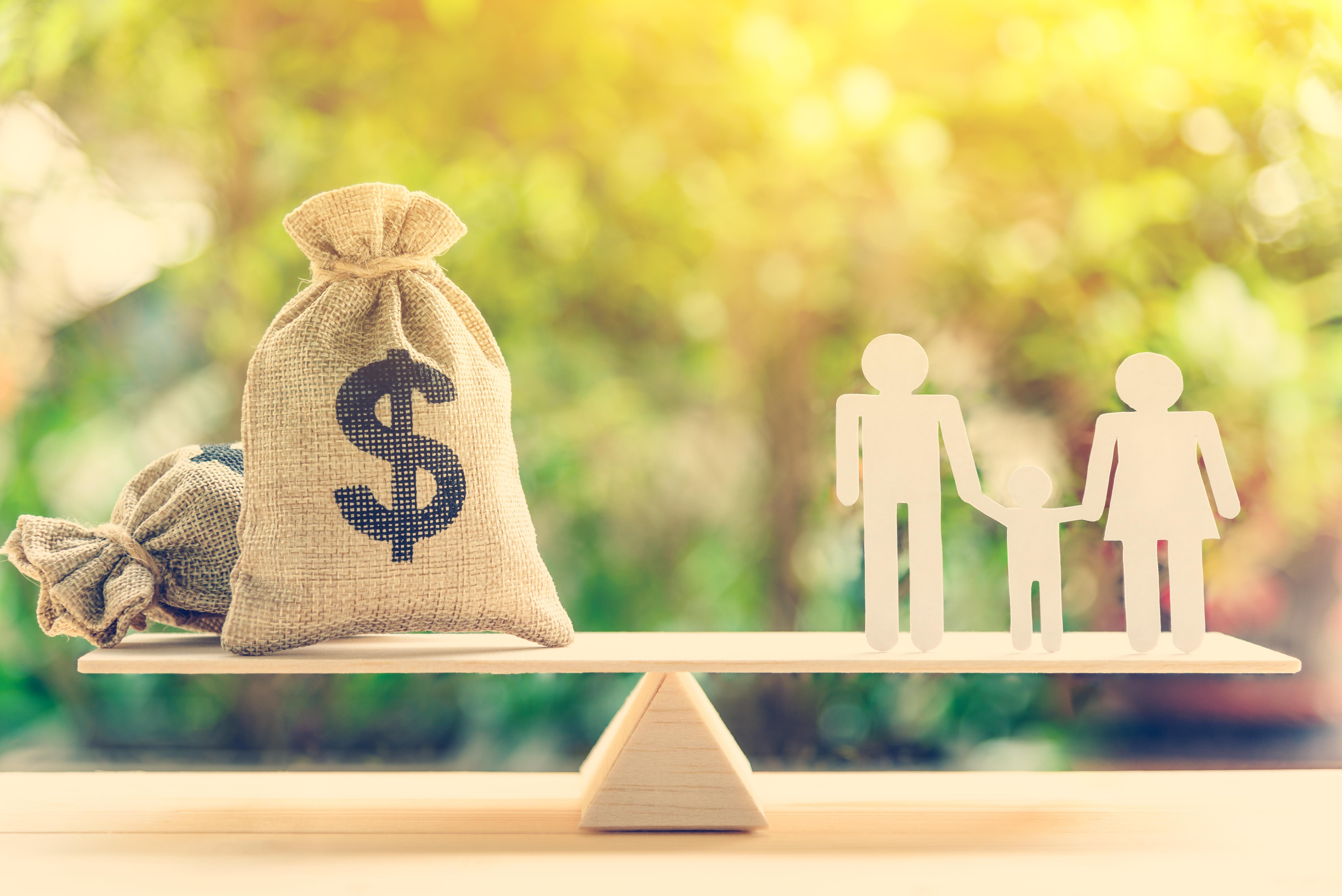 Young adulthood for millennials has taken on a different narrative than that of older generations. Most notably, they're approaching their 20s with the devastation of the Great Recession at the forefront of their minds and are, as a result, slower to warm up to many milestones we consider to be rites of passage into adulthood. While a college education is still in the timeline for many, millennials live with their parents longer and more often as adults; and they've delayed getting married, having kids, and buying homes.

Some explanation for those delays might be related to the economic changes during older millennials' early 20s, but even with a more stable economy, they're still having fewer kids. According to data from the National Center for Health Statistics, each generation has fewer children than the last: the birth rate in the U.S. has decreased from about 23.7 per 1,000 people in 1960 to only 12.4 in 2015. In the short time since the oldest millennials turned 18 in 1999, the birth rate has dropped 14%.

One of the often cited reasons people don't have or wait to have children is that kids are expensive. We explored the cost of raising a child over time (1960-2015) to assess whether recent trends in birth rates are related to changes in those costs.

Costs of Raising a Child

To assess trends in “typical” families over time and to hone in on costs of raising a child up until adulthood, we focused on expenditures related to supporting a child through the age of 17 by analyzing data from the U.S. Department of Agriculture (USDA).

We also specifically summarized data based on a middle-income two-parent household with at least one child. Child rearing costs are directly associated with household income, so higher- and lower-income families spend more or less, respectively, on average than the amounts we discuss here. The estimates relate to costs associated with raising a single child in the household but costs for additional children can be found in the USDA summaries.

The cost of raising a child metric is a summation of seven expenditure categories:

On average, housing (32%) and food (21%) were consistently the largest expenses related to raising a child. The remaining costs were divided relatively evenly between transportation (15%), miscellaneous costs (10%), clothing (8%), education (7%), and healthcare (6%).

The two most notable increases in expenditures were those related to education/childcare and healthcare. In comparison to those changes, the total cost of raising a child increased a negligible amount. It seems that perhaps parents have made reactionary shifts in their spending, though. Put differently, they're spending less on food, clothing, and miscellaneous items. Those savings could be as a direct result of increased costs in healthcare and childcare.

Our recent study highlighted the dramatic increases in healthcare costs since the 1980s. American families covered through family employer-sponsored insurance plans spend over 140% more on premiums than they did in 1999. Beyond those premium contributions, two-thirds of insured people are on high-deductible plans, meaning more money is coming out of their pockets when they need medical care.

While there are options for government assistance for children's healthcare through a program called Children's Health Insurance Program (CHIP), the eligibility restrictions are tight: a family is only eligible if their annual household income is less than ~200% of the federal poverty level (FPL). In 2019, the FPL for a family of 3 was $21,333, so their household income would need to earn less than $63,990 to qualify. The median household income for a married couple with at least one child under 18 years old last year was over $100,000, suggesting many people with one child wouldn't qualify.

Education and childcare expenditures were shockingly higher in 2015 than they were in 1960. Those costs, however, were not something all parents had. The USDA noted in their summary that only 41% of middle-income families reported having any education or child care expenditure in 2015.

Nevertheless, many parents do have childcare or education costs associated with raising their children, and those costs are highest when children are younger, so we explored why these costs have skyrocketed.

The education and childcare category covers tuition and fees for school and any payment toward childcare (e.g., babysitters, daycare, or after school care). While public schools can charge fees for books, field trips, arts, and sports, those costs vary widely and are typically paid for on a per-use basis, so we didn't include public school costs in our analyses. Instead, we focused on private school tuition and childcare costs.

We used tuition data from the National Center for Education Statistics and historical school enrollment from the Census Current Population Survey for these analyses.

In 1960, approximately 14% of children enrolled in K-12 classrooms were enrolled in a private institution. The proportion of students enrolled in private schools consistently decreased through 2015, at which point it was only 8%.

While enrollment has decreased, private school tuition has grown in the last 20 years. In 1999, when approximately 4% of the student population was enrolled in private institutions, Catholic school tuition was $4,751, other religious schools charged an average of $6,317 and non-religious private schools charged an average of $15,920 per year. To put those numbers into perspective, a student from Illinois would have paid about $6,500 in tuition to attend the University of Illinois that year.

While a relatively small proportion of the K-12 population is enrolled in a private school, parents who choose to send their children to private schools may do so because they live in an area with subpar public education. Considering many young millennial adults are hesitant about the costs of raising a child and the inability to afford a home in many areas of the country where school districts are typically better, their concerns may be valid.

According to the Census, only about 33% of parents with children 5-years-old or younger in regular care arrangements had children in non-relative care (which likely costs money). Most parents have no regular arrangements (39%) for their children or regularly leave them with a relative (42%; which is often a lower cost or free).

For those 33% of parents, childcare costs make up another large burden on American families. During World War II, the government subsidized daycare costs to promote better conditions for young children of working mothers. Parents paid about $35 for a week of child care (in today's dollars). After the war, the subsidies were repealed, which forced women out of the workforce.

Today, the average child care weekly rate is closer to $200 and 75% of married women with children under 15 years old have some type of employment, but there is not much assistance when it comes to the inflated childcare costs.

Between 1990 and 2015, childcare costs grew 175% — 116% more than inflation. The current costs of child care are not affordable: A recent survey by Care.com revealed that most parents spend 10% or more of their income on child care each year, which is much more than the “affordable” rate of 7% suggested by the US government.

In the more recent past, some have estimated that childcare costs have been growing twice as fast as median family wages, meaning it would be more cost effective for one parent to take time off work than it would be to put their child into daycare. And while overall cost of raising a child hasn't changed much in the last 50 years, millennials in their 20s are making less than prior generations at the same age and are more likely than any other generation to head households in poverty, meaning they might not be able to cover these costs as easily.

Between unprecedented student loan debt, increasing real estate prices and costs of living, and fewer earnings, millennials in their 20s don't have as much money as their parents and grandparents did. That, along with the fact that early career wages are typically the lowest and child-care costs are disproportionately higher in early childhood, delaying parenthood might be the smartest option for millennials.

Millennial women have a lot to worry about when it comes to having children: according to census data, single mothers make less and are more likely to live in poverty than single fathers and married couples with children.

Even if they are married, women still carry a larger burden when it comes to caring for a child compared to their male counterparts. Not only do mothers report spending more time caring for a child on any given day, they're also more likely than fathers to take a significant amount of time off work, reduce work hours, reject a promotion, and quit their jobs in order to care for a child. Rearing children in the early stages of one's career might not make sense for millennial women who place a lot of value on establishing fulfilling careers.

The Future of Millennial Parenthood

Millennials have been navigating a hectic economic climate from a different angle than older generations, but seem to be making reasonable decisions. Delaying parenthood and other traditional adulthood milestones gives 20-somethings the ability to establish their careers, secure higher wages, and possibly save for the future. Higher salaries and more savings would allow millennials to spend more on extraneous costs like daycare without breaking the bank. The shifts in the workforce and economy might prove to change the way people spend money on children in the future: Millennial mothers are more likely to work from home, which saves on daycare costs and allows more flexibility in balancing parenthood and their jobs. Generation Z has begun entering the workforce in a more stable economic environment, so whether their behaviors mimic those of Millennials in the air.